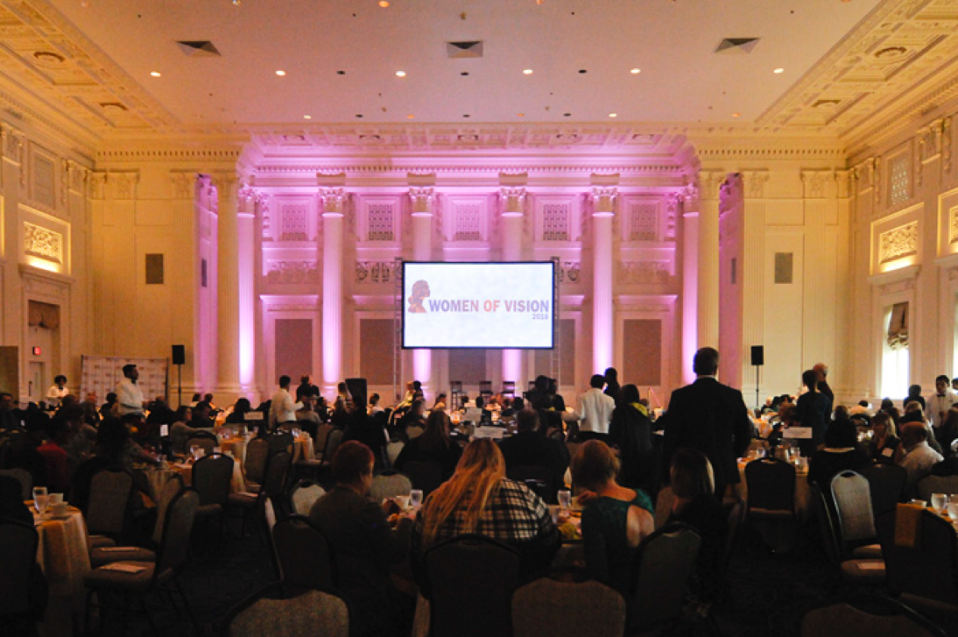 More than 500 people gathered in the fourth-floor ballroom of the Sentinel Hotel on Wednesday to honor the 37 women named as this year’s Women of Vision award winners by the Daily Journal of Commerce.

Any woman who is involved, in any way, in shaping the built environment in Oregon and Southwest Washington can be nominated as a Woman of Vision. This year’s winners included architects, engineers, diversity and inclusion advocates, a former carpenter turned filmmaker, and the publisher of a Chinese-language newspaper who also is an advocate for the preservation of Portland’s Jade District. 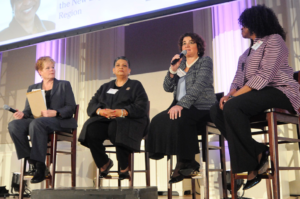 Lois D. Cohen, founder and principal of Lois D. Cohen Associates, was honored with the first Spirit of Excellence award for being selected as a repeat award winner. Cohen was first honored as a Woman of Vision in 2014. The program also featured a tribute to Jean Richardson, the first woman to receive an engineering degree from Oregon State University; she died earlier this year at age 88.

TriMet was the event’s presenting sponsor, and the Oregon Department of Transportation was gold sponsor. Spirit Media, which produced the event for the DJC, was this year’s media sponsor.

The event drew the largest audience since the DJC started holding it three years ago, according to DJC Publisher Nick Bjork.

“The support for this year’s event – the speakers, the award winners and the sponsors – was astonishing,” Bjork said. “It was an emphatic statement from our readers and the industries we serve that this is a topic of great importance, and an issue that deserves attention. The event may have just wrapped up, but the DJC cannot wait until next year’s event.”

Your ticket for the: “DJC Women of Vision event draws record crowd”